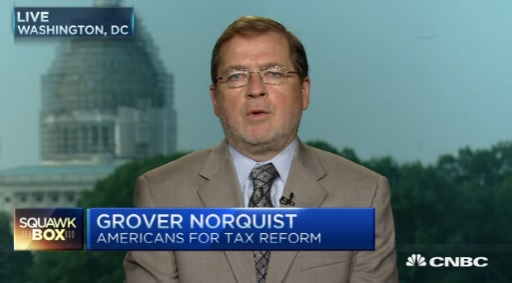 Liberal New York Times columnist Thomas Friedman is displeased with many of the “leading candidates” in the 2016 election, but made a nasty off-topic remark to bash conservative tax reform leader Grover Norquist in a recent column.

Norquist is president of Americans for Tax Reform (ATR), a taxpayer advocacy group. The organization’s mission is to “limit the size and cost of government” and to oppose tax increases, according to its website.

His complaint about Cruz was that he, “speaks of our government in the same way the anti-tax zealot Grover Norquist, who says we should shrink government ‘to the size where I can drag it into the bathroom and drown it in bathtub’.”

He followed that up with this disturbing parenthetical remark: “Am I a bad person if I hope that when Norquist slips in that bathtub and has to call 911, no one answers?”

Later on in the column, Friedman released his liberal distain again saying that Sanders “seems to me like someone with a good soul,” but “unlike Sanders, Ted Cruz does not have a good soul.” He called Cruz’s “trashing” of government agencies “despicable.”