Hurricane Joaquin hasn’t hit ground in the U.S. yet, and might not, but already a climate alarmist public relations shop is pushing “Journalists” to blame climate change for the storm’s strength. 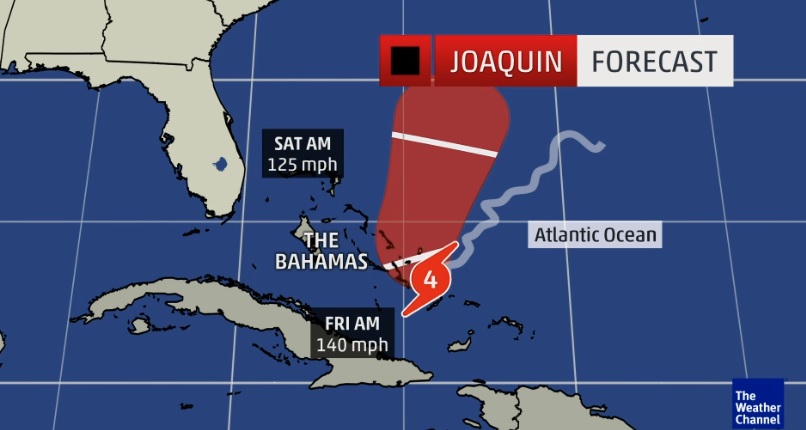 Late in the afternoon, Oct. 1, Climate Nexus sent out a press release to the media claiming the storm was gaining strength “over [a] record-hot ocean.” That’s how the group promoted its “hurricane backgrounder,” designed to link the storm to global warming.

Climate Nexus is a communications organization that considers its “mission” to highlight “the wide-ranging impacts of climate change and clean energy solutions in the United States.” The group is “a sponsored project of Rockefeller Philanthropy Advisors, a 501(c)3” according to its website. The storm hasn’t even hit the United States and already liberals are exploiting a potential tragedy to promote their alarmist agenda.

The release also claimed “virtually every measure of hurricane activity in the Atlantic has increased substantially since the 1970s, due to the combination of human-caused climate change and natural variation.”

Climate Nexus ignored the fact that the U.S. is still experiencing a record-long, 119 month drought of major hurricanes making landfall. If Joaquin hits the U.S. as a Category 3 or higher hurricane, it would be the first to do so since Hurricane Wilma on Oct. 24, 2005.

In August 2015, the American Geophysical Union commented on that nine-year Atlantic hurricane landfall drought calling it “remarkable.” The Geophysical Fluid Dynamics Laboratory said in June 2015, that “It is premature to conclude that human activities -- and particularly greenhouse gas emissions that cause global warming -- have already had a detectable impact on Atlantic hurricane activity.”

Hurricane Joaquin began to hit the Bahamas as a Category 4 hurricane on Oct. 1, but its ultimate path remained unclear.

Climate Nexus’s press release also skewed hurricane data by focusing only on recent storms. They claimed Hurricane Katrina tops the fatalities list, by only considering storms between 1980 and 2014. According to Weather Underground, two hurricanes, The Great Galveston Hurricane in 1900 and a Florida storm in 1928 both killed far more people than Hurricane Katrina. It’s much harder to blame humans and their carbon-dioxide emissions for a storm that occurred in 1900.

The media and climate alarmists blamed Sandy on climate change even though Sandy was a “minimal hurricane,” according to climatologist Dr. John Christy of the University of Alabama-Huntsville. And in fact, it had already been downgraded to a post-tropical cycle when it hit.