The New York Times tried to inject a silver lining into the fertilizer shortage gripping American farmers by telling them to use pee as a substitute to help foster a so-called green transition. 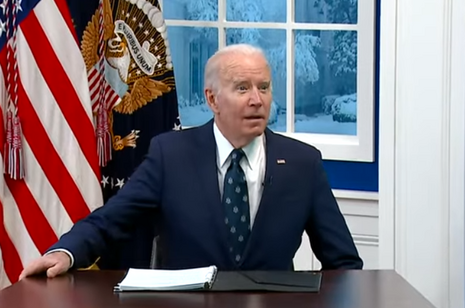 Times climate journalist Catrin Einhorn belched in an absurd news item that the worldwide “shortage of chemical fertilizer” she blamed on “the war in Ukraine” can potentially be solved by human urine. “It just so happens that human urine has the very nutrients that crops need,” she claimed, praising how urine “has a lot more [nutrients], in fact, than Number Two, with almost none of the pathogens.”

Einhorn then dismissed the utility of chemical fertilizer because it doesn’t mix with climate wokeism. “Farmers typically apply those nutrients — nitrogen, phosphorus and potassium — to crops in the form of chemical fertilizers,” she wrote. “But that comes with a high environmental cost from fossil fuels and mining.” Einhorn quoted Rich Earth Institute Education Coordinator Julia Cavvichi using a cringe pun, which ironically summed up the silliness of Einhorn’s entire piece: “‘Hashtag PeeTheChange.’”

Einhorn made the “transformative idea” of convincing farmers to abandon chemical fertilizer for pee seem like a virtuous push for people to become woke on climate change:

By reusing something once flushed away, they say, they are taking a revolutionary step toward tackling the biodiversity and climate crises: Moving away from a system that constantly extracts and discards, toward a more circular economy that reuses and recycles [pee] in a continuous loop.

Einhorn slammed toilet-flushing as not being climate-friendly and as an unnecessary removal of urine which she alleges could be repurposed:

Toilets, in fact, are by far the largest source of water use inside homes, according to the Environmental Protection Agency. Wiser management could save vast amounts of water, an urgent need as climate change worsens drought in places like the American West, [emphasis added.]

But Einhorn conceded that “[c]ollecting urine at scale would, for example, require transformative changes to plumbing infrastructure.” JunkScience.com founder Steve Milloy — in comments to MRC Business — ripped Einhorn for capitalizing on the fertilizer crisis to push climate nuttiness: "The notion that we’re going to replace convention toilets with urine collection systems to replace natural gas as feedstock to produce fertilizer is ridiculous,” Milloy said. “We need industrial-scale production of fertilizer to feed a planet with almost 8 billion people."

Milloy noted that the “modern fertilizers” Einhorn was denigrating were “safe, affordable, can be easily applied in precisely the correct amounts and, most importantly, produce reliably great crop production.” Milloy said he made story pitches to The Times twice about emerging technologies being created to address some of the environmental issues associated with chemical fertilizers, “and have been twice rebuffed.” The Times “would rather feed its readers the delusion that recycled human waste can feed the world,” Milloy quipped. [Emphasis added.]

Einhorn buried a key admission in the 33rd paragraph of her piece: “One of the biggest problems, though, is that it doesn’t make environmental or economic sense to truck urine, which is mostly water, from cities to distant farmlands.” [Emphasis added.]

Conservatives are under attack. Contact The New York Times at 1-800-698-4637 and demand it stop exploiting American farmers’ economic struggles to push climate wokeism.