A New York Times editorial board member lost his marbles over companies reportedly donating to GOP candidates who challenged the 2020 election results. 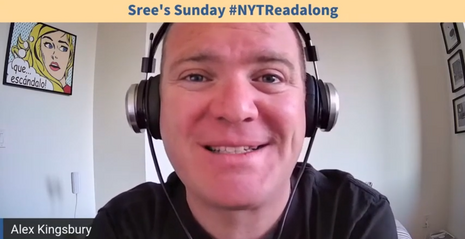 Times editor Alex Kingsbury mourned how the “pause” that companies placed on donating to Republican lawmakers who were 2020 objectors was “short-lived.”

His blog, “Who Is Financing Trump’s ‘Big Lie’ Caucus? Corporations You Know,” appeared to take issue with who Americans decide they want to support in any election cycle if, in his view, they have the wrong politics. “Giving equally to both parties sounds good. But what if a growing faction of one political party isn’t committed to the rule of law and the peaceful transfer of power?”

This statement begs the question of what Kingsbury thinks of this January 2017 headline from Politico: “House Democrats fail to muster support to challenge Trump’s Electoral College win.” A Jan. 6, 2021 op-ed published in Kingsbury’s own publication made an important point that he chose to ignore: “after the 2000, 2004 and 2016 elections, [Democrats] objected to counting electoral totals [too].”

In Kingsbury’s view, “[r]eturning to the status quo where corporate money flowed to nearly every politician elected to office isn’t just unseemly; it is helping to fund a continuing attack on our democracy.”

Kingsbury belched up “kudos'' to the minority of virtuous companies who “stuck to their guns” and still refuse to donate money to the so-called “seditious” GOPers. "That’s what responsible corporate citizenship looks like. It’s also patriotic," he bleated.

Question: Was it an “attack on our democracy” when companies donated to Democratic lawmakers who objected to the results of the last three elections that a Republican won the presidency? Kingsbury ignored that obvious question. This is interesting given that his own paper published a Jan. 6, 2017, story about how Democrats failed to “deny” the 2016 election results.

Kingsbury apparently couldn’t smell the stink of his own hypocrisy. No worries. NewsBusters already compiled a montage of how the liberal media celebrated Democratic efforts to challenge the 2004 election, which Kingsbury didn’t mention at all. Perhaps the montage will jog his memory.

Here's another montage of Democratic lawmakers objecting to the certification of the 2016 electoral college results presented by lawyer Michael van der Veen during the 2021 impeachment proceedings against former President Donald Trump. Kingsbury conveniently didn't bother mentioning this event either.

Kingsbury harrumphed that companies like Toyota and AT&T were supporting candidates he didn’t agree with and whom he arbitrarily connected to the Jan. 6 Capitol Hill Riot:

All told, as of this week, corporations and industry groups gave almost $32 million to the House and Senate members who voted to overturn the election and to the G.O.P. committees focused on the party’s congressional campaigns.

It’s pretty ironic that the same Kingsbury who had a conniption about GOP politicians supposedly “undermining” “the Republic” joined the same editorial board that ran this 2016 headline following then-candidate Trump’s electoral victory: “Time to End the Electoral College.”

Talk about “undermining” the “Republic.” 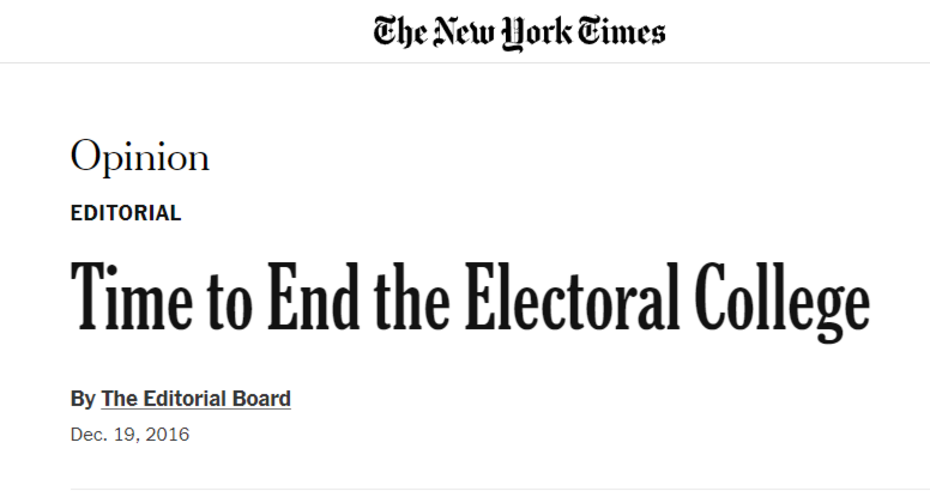 Conservatives are under attack. Contact The New York Times at 1-800-698-4637 and hold it to account for Kingsbury’s hypocrisy on elections.