An economic analyst for MSNBC’s Morning Joe ripped President Joe Biden for evading his responsibility behind the current inflation crisis. 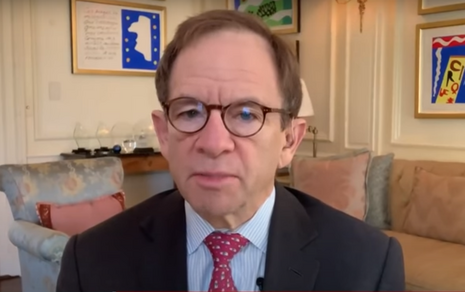 Biden told NBC anchor Lester Holt in an interview, that “[t]he reason for the inflation is the supply chains were cut off.”

Rattner didn’t mince words: “Well, no. That’s both simplistic and misleading.” Rattner mocked Biden for pointing to supply chain issues as the cause of a crisis he helped create: “Blaming inflation on supply lines is like complaining about your sweater keeping you too warm after you’ve added several logs to the fireplace.” Rattner slapped down Biden’s gargantuan $1.9 trillion spending bill in February 2021 as being the same as giving away “$100 bills on street corners.”

Rattner wasted no time placing the responsibility for supply shortages and inflationary pressures right at the feet of Washington, D.C.’s overstimulation of the economy. In Rattner’s analysis, “[a]ll that consumption has resulted from vast amounts of government rescue aid (including three rounds of stimulus checks) and substantial underspending by consumers during the lockdown phase of the Covid crisis.”

As Rattner summarized, “It’s a classic economic case of ‘too much money chasing too few goods,’ resulting in both higher prices and, given the extreme surge in demand, shortages.” Rattner referred to Biden’s stimulus as the “original sin” that “contributed materially to today’s inflation levels” in another essay for The Times in November 2021.

The Morning Joe analyst argued in his latest essay that a litany of issues undermine Biden’s offhanded supply chain argument. Rattner wrote how issues like the semiconductor shortages are ongoing despite “manufacturers delivering a staggering 1.15 trillion chips in 2021” to eclipse the previous annual record. In essence, Rattner said the chip shortage points to “a demand problem creating a supply problem.”

Also, the “Great Resignation” has led to labor shortages hammering the service sector, as Rattner concluded. “You can’t blame clogged ports for that,” Rattner said in his rebuke to Biden.

Rattner also accused Biden of misleading on the deficit reduction front as well:

Mr. Biden has been disingenuous. His Build Back Better plan claims to be deficit neutral, but that assertion is made credible only by using the fuzziest math. Over the first five years, the plan would add about $750 billion to the deficit, according to an analysis of the Congressional Budget Office’s estimates. With this year’s fiscal gap estimated at $1.3 trillion, any new version of the plan should reduce the deficit substantially in its early years using honest math.