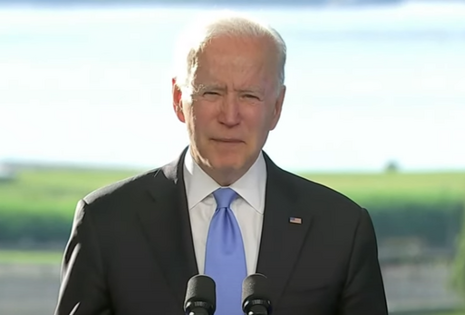 In addition, Bloomberg News reported in July that Biden was “preparing to release a blueprint for limiting sales of U.S. drilling rights that falls short of the outright ban sought by some environmentalists.” The move came “as rising oil and gasoline prices highlight the risks of curtailing domestic crude production,” according to Bloomberg News. World Oil republished the Bloomberg story under the headline: “Biden continues his anti-U.S. oil and gas push while crude demand rises.”

The AP report has since been stealth-edited to reflect a less pro-Biden headline: “Biden team is seeking ways to address rising energy prices.” The lede paragraph has been changed as well.

Fox Business host Charles Payne ripped the AP story (re-published by ABC News) and the Biden administration on Twitter for their gaslighting on the latter’s anti-oil crusade.

Payne wasn’t alone. His fellow Fox Business host David Asman also tore into the Biden administration for passing the buck to OPEC while its own policies kill U.S energy.

Conservatives are under attack. Contact the Associated Press at 212-621-1500 and tell them to report the truth about how Biden’s anti-oil agenda is killing U.S. energy.