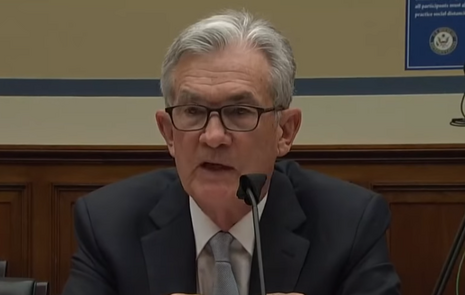 A new report by The Wall Street Journal blew apart the liberal media narrative that spiking inflation under President Joe Biden would only be a temporary issue.

The Journal reported that “Americans should brace themselves for several years of higher inflation than they’ve seen in decades.” The assessment was based on the newspaper’s survey of economists this month. On average, respondents are now expecting “a widely followed measure of inflation, which excludes volatile food and energy components, to be up 3.2% in the fourth quarter of 2021 from a year before,” The Journal said.

In addition, “They forecast the annual rise to recede to slightly less than 2.3% a year in 2022 and 2023.” The prediction means “an average annual increase of 2.58% from 2021 through 2023, putting inflation at levels last seen in 1993.” So much for New York Times economist Paul Krugman’s absurd assertion that skyrocketing inflation would only be a “transitory” phenomenon. [Emphasis added.]

In fact, The Journal’s headline for its report was “Higher Inflation Is Here to Stay for Years, Economists Forecast.” But the media has downplayed inflation fears for months by dubiously suggesting to readers that the inflation caused by spiking demand and labor shortages wasn’t a systemic problem. CNBC’s June 10 headline, “Inflation is hotter than expected, but it looks temporary and likely won’t affect Fed policy yet.” [Emphasis added.]

CNN ran an op-ed April 9 headlined, “Why we shouldn’t be so worried about runaway inflation in the US.” The op-ed argued that “[p]rices are rising in areas that are pandemic-specific and will likely be transitory.” Forbes magazine ran a June 12 story headlined, “Despite Surging Inflation, Markets Now View It As ‘Transitory.’” In a Yahoo! Finance story erroneously headlined, “Inflation isn’t everywhere,” the outlet sub-headlined an entire section, “‘Transitory factors.'”

The irony about Yahoo! Finance’s initial gaslighting is that the outlet would later publish an interview on YouTube with Key Advisors Group co-owner and managing partner Eddie Ghabour headlined: “Inflation is a real problem and is not transitory: Eddie Ghabour.”

The Journal’s reporting underscored just how severe the problem of inflation has become. Grant Thornton chief economist Diane Swonk outlined to the newspaper the extent to which inflation could hamstring the U.S. economy:

‘Inflation is expected to surge longer and longer—longer than the Fed previously thought … The Fed is now likely to raise rates in the first half of 2023, although some Fed presidents will be nipping at the bit to move sooner.’