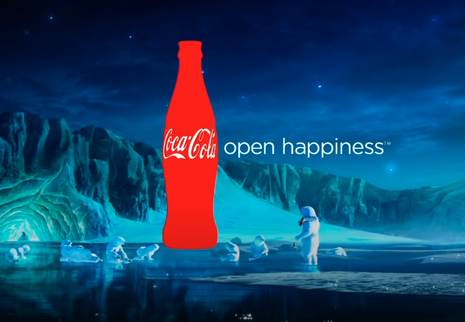 Rasmussen Reports released a survey of 1,000 American adults showing that 37 percent of Americans were less likely to purchase Coca-Cola products. Rasmussen said that the results were due to the company’s liberal political stance against Georgia’s recent law protecting voter integrity. In addition, the survey found that Americans opposed major businesses attempting to influence politics “[b]y more than a 3-to-1 margin.” Perhaps Coca-Cola and others should learn that leftist virtue-signaling doesn’t necessarily pay dividends.

Georgia’s Republican-controlled legislature enacted [an] election integrity law, which requires voters to provide photo ID, in response to concerns about cheating in the 2020 presidential election. Georgia Gov. Brian Kemp says the law makes it ‘easy to vote and hard to cheat.’ Critics blasted the law as an attempt at ‘voter suppression.’

However, as Rasmussen pointed out, “[d]espite claims that Georgia’s election-integrity law discriminates against minorities, there was not much racial variation in opinions of Coca-Cola.” Specifically, “[O]nly 23% of blacks said the company’s stand against the Georgia law made them more likely to buy Coke products – little different from 25% of whites and other minorities.”

Rasmussen highlighted an important note that “[m]ost voters say it’s more important to prevent cheating in elections than to make it easier to vote and, by more than a two-to-one margin, [voters] reject claims that voter ID laws are discriminatory.”

Coca-Cola was one of a variety of U.S. corporations that attacked the Georgia voter law, such as Delta Air Lines and Apple. Coca-Cola Chairman and CEO James Quincey called the law “‘unacceptable’ and a step in the wrong direction,” according to Fox Business. In a statement, Quincey falsely suggested the Georgia voting law would “diminish or deter access to voting.”  However, Coca-Cola was reportedly “silent” when it came to the genocide of Uyghur Muslims in communist China. The company’s website said it invested "$4 billion in China for future growth from 2015 to 2017, building on $9 billion of investments made in the market since 1979." [Emphasis added.]

Conservatives are under attack. Contact Coca-Cola at 1-800-438-2653 and demand it stop virtue signaling and catering to leftist political narratives and get back to the business of serving its customers..