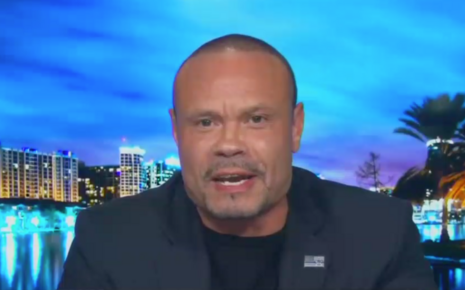 New York City Mayor Bill de Blasio (D) recently made a leftist plea on WNYC’s The Brian Lehrer Show: “Help me tax the wealthy. Help me redistribute wealth.” De Blasio said this even as “well-heeled New Yorkers” have been heading “for the hills” due to the coronavirus-induced budget crisis, according to The New York Post. Bongino’s message during the September 1, edition of The Five on Fox News to liberals pushing this kind of policy like de Blasio: “I don’t owe you squat!”

Bongino declared: “This is my message to the Republican Party and everyone else: I don’t owe you squat! Okay? So the liberals out there. Let me just be crystal clear, and I wish a party candidate would get up and say this: I don’t owe you a damn thing. I owe you to pay for the constitutional role of government because I live here too.”

Bongino didn’t let up, and tore into liberals further:

I don’t owe you squat. I don’t owe you my money. You’re not entitled to my money. If you are an able-bodied human being with two legs, functioning organs and a body, get off your caboose, remove your rump from the chair and go to work! Get a job!

The radio host continued to hammer his point: “Nobody owes you anything. The world doesn’t owe you anything.” He then turned his frustration against Republicans: “I just wish the Republican party would stand up against this stupid redistribution argument and say, ‘We’re not helping here. People need to work.’”

Try to sell socialist policies like taxing the wealthy and redistribution of wealth to Bongino at your own risk.