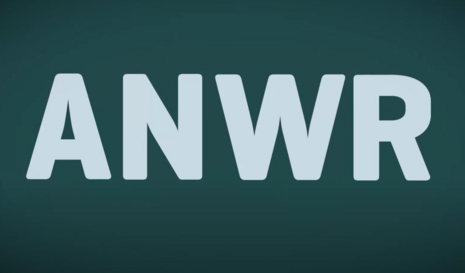 The Wall Street Journal reported that “[t]he Trump administration approved an oil leasing program for the Arctic National Wildlife Refuge Monday, opening up the pristine 19-million-acre wilderness to drilling for the first time.” The Journal said that it would be “difficult to unwind the decision should Democrats recapture the White House in November.”  Perhaps that’s why Twitter users like NBC News’s Mary Murray called President Donald Trump’s administration’s latest move an “environmental atrocity” on Twitter.

According to The Journal’s summarization, Bernhardt said that “[a]pproving the program clears the way to auction oil leases ‘right around the end of the year.’” Also, The Journal noted that “[t]he decision caps more than 30 years of efforts by oil companies and Alaskan leaders to drill in the refuge.”

Every time this comes up, I vividly remember birds from the Sound getting oil wiped off them.

HuffPost environment reporter Chris D’Angelo tried to play gotcha against Trump, grumbling: “[R]emember like 2 weeks ago when Trump was telling us how he's a conservationist in the mold of late President Theodore Roosevelt? good times.”

Leftist Daily Kos Trending News Manager Jennifer Hayden tweeted the news, screeching: “Meanwhile, they are intentionally looting America's resources before the end the of the year.” She continued to melt down: “I repeat: They are robbing the American people because Big Oil knows their only shot to destroy the Arctic is right now before the door closes.”

The U.S. Energy Information Administration (EIA), reported in 2018 that “the total technically recoverable crude oil resource for federal lands, state waters, and native lands in the coastal plain has a mean estimate of 10.4 billion barrels.” The price of oil is currently at a relatively low $42 a barrel, but that would still mean that ANWR could potentially yield at least roughly $436.8 billion worth of oil.

According to OilPrice.com August 17:

In terms of demand, U.S. demand reached 19.37 million bbl/d [last week], the highest number since the outbreak of the COVID-19 crisis last March. Our forecast for US crude oil demand stands at 18.79 million bbl/d in Q3 and 19.19 million bbl/d in Q4, supported by encouraging EIA data. [Emphasis added.]

N3L Capital Partners Co-founder Thomas Landstreet wrote in 2018 that “Drilling in the ANWR poses less risk to the environment than fracking. It would also be cheaper. Fracking was invented in response to drilling restrictions, as a way to produce oil from shale formations on private land, where government restrictions don’t apply.” [Emphasis added.]

The left has made it clear there is more of a concern for wildlife than the millions of Americans who are suffering from an economy that has been forced into a pandemic-induced coma for months.