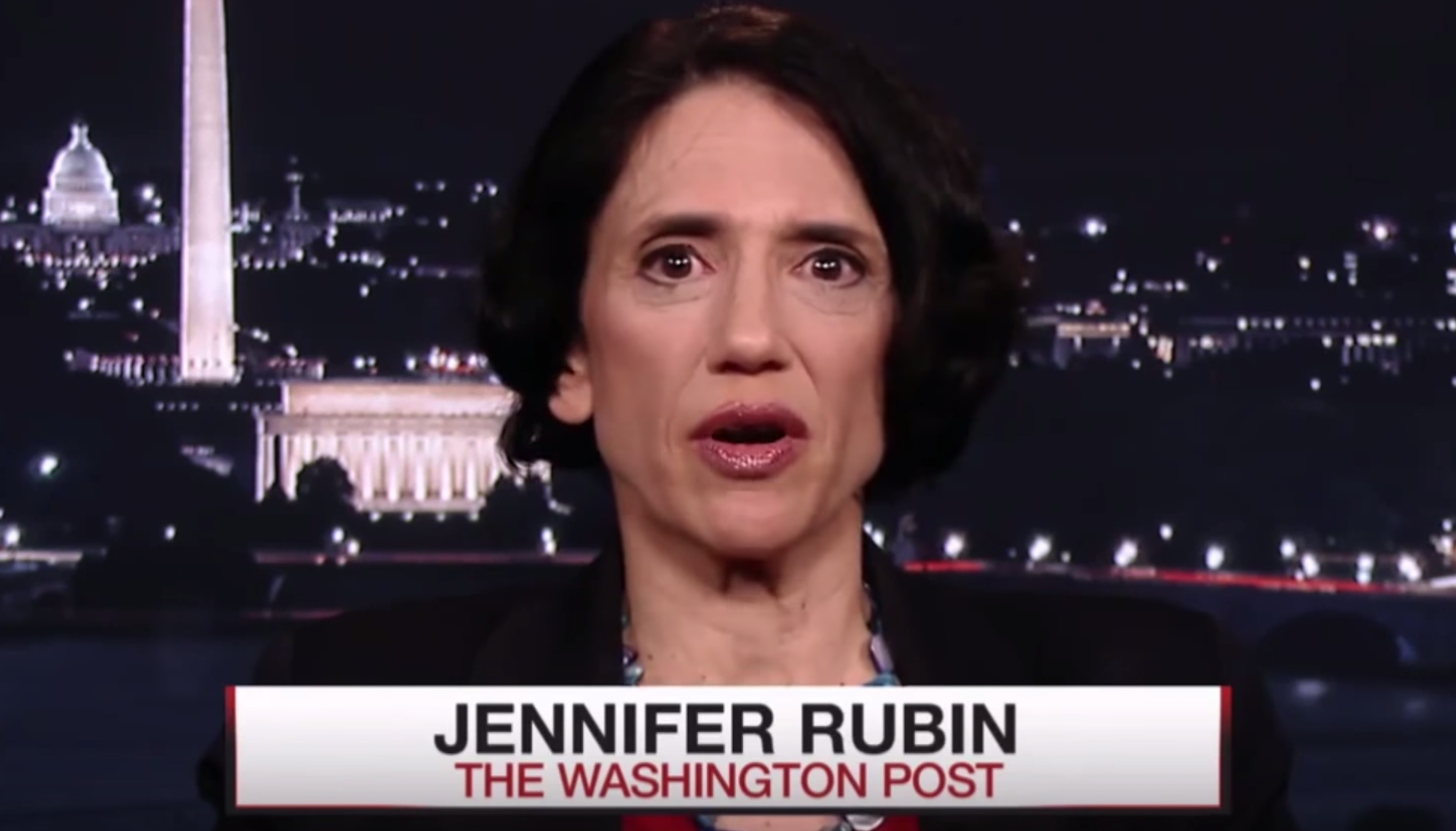 The self-described “conservative blogger” wrote a fairly liberal op-ed Jan. 20 headlined, “Here’s how Bloomberg could help himself, Democrats and America.” The way to “help,” wrote Rubin, was for Bloomberg to: “Spend $50 million or so in the next week on impeachment ads” [emphasis added]. Strange, given that she wrote in January, 2019 (roughly one year ago), that such spending on impeachment ads was “financial wastefulness.”

Rubin’s opinion from a year ago was a rebuke to liberal billionaire and now current Democratic presidential contender Tom Steyer, who had spent years and a massive $120 million promoting the impeachment of President Donald Trump:

“I draw the line at self-absorbed billionaires with no governing experience who throw their money around on vanity projects” [emphasis added], Rubin said of Steyer in 2019.

It appears that line may disappear when it comes to “self-absorbed billionaires” who just happen to have governing experience (i.e. former New York City Mayor Michael Bloomberg).

Rubin stated about Steyer that it was “ridiculous, deplorable even, for him to spend tens of millions of dollars on an utterly useless campaign to impeach Trump, regardless of whether you favor impeachment” [emphasis added].

But she seems to have made a complete about-face. Rubin stated a year later that Bloomberg “can flip his digital ad campaign to impeachment messaging” [emphasis added].

Rubin had the following to say about a potential Bloomberg run In her 2019 rebuke of Steyer: “Bloomberg would add a lot to the 2020 race, has well-thought-out positions on important issues and would be qualified to serve as president” [emphasis added].

She went on to give three impeachment ad suggestions for Bloomberg, which included the following (written in italics):

“Another ad: Trump wants foreigners to put their finger on the scale because he can bribe or extort them or offer them help, even if it damages national security. He wants to rig the next election. This is tyrants first, voters last” [emphasis added].

Rubin concluded her plea to the billionaire:

“If he put some of his millions to focus on impeachment, Bloomberg would endear himself to Democrats, prime the pump for November’s presidential election and move the needle in key Senate races. He finally might show us that his effort is more than a vanity campaign” [emphasis added].

Rubin also conveniently forgot to mention in her piece that her paper’s owner, Jeff Bezos, had pushed for a Bloomberg run earlier last year. That tends to be a habit at The Post.