AP ROASTS NBC for Deal with Communist China: ‘Olympics Were a Disaster for’ Them

Even the liberal Associated Press observed that NBC’s multi-billion dollar pro-communist China bet on the Olympics just went up in flames. 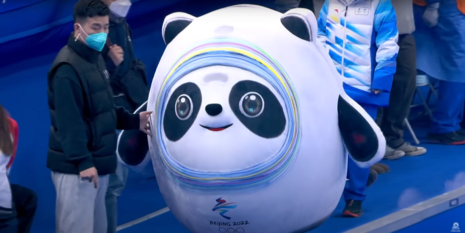 The Associated Press (AP) called the Olympics a “disaster” for NBC, especially after it secured a $7.75 billion deal for exclusive rights to cover the Games through 2032.

Add to that embarrassingly low viewership and reports of numerous athletes criticizing China’s draconian COVID-19 policies, and AP suggested that NBC has to wonder if the Olympics has become a “tainted” brand.

AP reported that viewers “stayed away in alarming numbers” and questioned if NBC should “wonder whether it was extraordinarily bad luck or if the brand of a once-unifying event for tens of millions of people is permanently tainted.”

The AP lambasted the Beijing Winter Olympics as a “buzz-free, hermetically-sealed event in an authoritarian country a half-day’s time zone away.” AP continued the beat down on NBC, “the enduring images will be the emotional meltdown of Russian teen-agers after a drug-tainted figure skating competition and a bereft Mikaela Shiffrin, sitting on a ski slope wondering what went wrong.” Ouch. It didn’t help that Team USA also lost to the Chinese Olympic team in the final gold medal tally.

University of Alabama College of Communication & Information Sciences Professor Andrew Billings reportedly said, “‘Given the investment, [NBC’s] got to be disappointed right now.’”

That was an obvious point considering the huge plummet in viewership for this year’s Olympics. “Through Tuesday, an average of 12.2 million people watched the Olympics in prime-time on NBC, cable, or the Peacock streaming service, down 42 percent from the 2018 Winter Olympics in South Korea,” reported AP.

NBC sports Chairman Pete Bevacqua reportedly tried to put a positive spin on the dismal ratings. The “ratings are in line with what [NBC] told advertisers, who sold packages that include linear and streaming coverage,” summarized AP.

Bevacqua’s claim was undercut by a revealing line in AP’s story: “NBC has not yet said whether the Beijing games turned a profit or lost money.” The Tokyo Olympics in 2021 were a boondoggle for NBC in comparison. NBCUniversal “booked 1.76 billion in revenue over the course of the [Tokyo Olympics],” according to Sportico.

AP completely omitted any mention of the Uyghur genocide by the communist Chinese government. MRC NewsBusters reported that ABC, CBS and NBC gave just 13 minutes and 38 seconds of coverage to the Uyghur genocide in the period between Jan. 31, 2021 to Jan. 31, 2022. In other words, the Big Three networks almost completely ignored an ongoing genocide by the communist Chinese government for an entire year.

Conservatives are under attack. Contact NBC at (800) 698-4637 and demand it apologize for agreeing to host coverage of the Olympics in a country the U.S. has accused of committing genocide against the Uyghurs.