The liberal media have minimized it, but some business leaders are thrilled with President Donald Trump’s economic proposals.

At the White House April 4, the president met with more than 50 CEOs and business leaders to discuss his economic agenda. New York Stock Exchange President Tom Farley was in attendance and praised Trump’s “business friendly” platform.

“The president was on message. He came in the room wanting to signal his business friendly stance and that’s what he did,” Farley said.

Anchor Neil Cavuto, asked Farley if he thought Trump’s agenda was a “big reason” for recent signs of economic improvement. 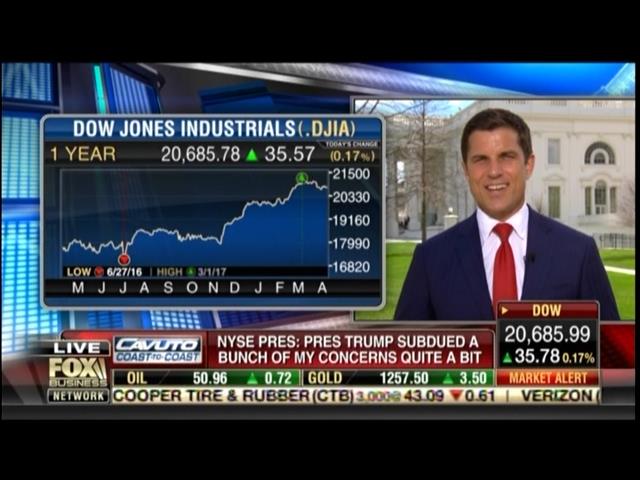 The liberal media gave very little attention to Trump’s outreach to the business community. In fact, between Jan. 20, 2017 and April 4, 2017, NBC, ABC, and CBS’s evening news shows only quoted three of at least 99 CEO’s and business leaders with whom Trump met. With business leaders like Farley crediting Trump, it is no surprise they don’t want to interview them.

Cavuto asked Farley if the media narrative that Trump was not “focused” and was “veering off track” bothered him.

“I can tell you, that was a question for me coming in, and I suspect for others and my colleagues, CEOs from New York and elsewhere who were here today, and just judging by the performance the president had, I can tell you he subdued my concerns quite a bit,” Farley said.

According to Cavuto, this was the 17th meeting Trump had with business leaders since becoming president, more than former President Barack Obama had in his entire eight years.