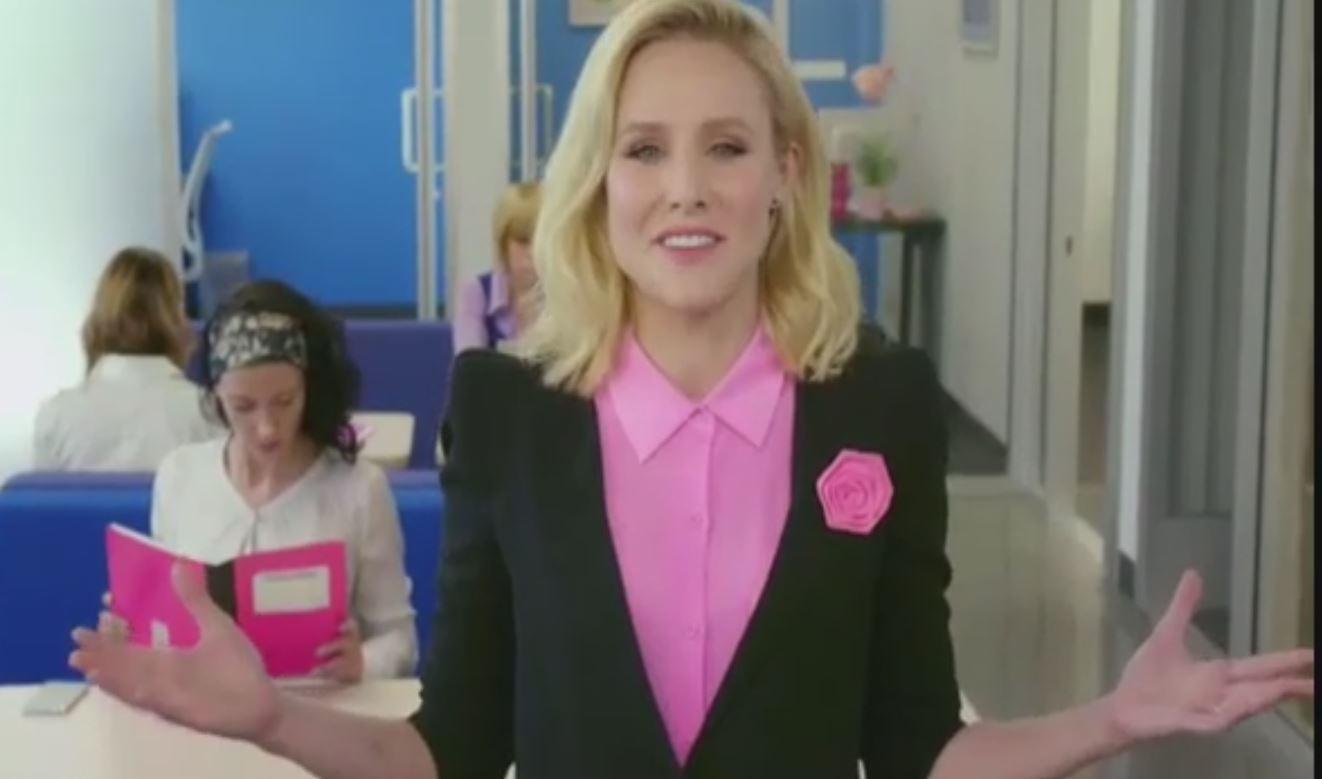 The Huffington Post has launched a new lefty comedy sketch series call Celebs Have Issues, where celebrities freely voice liberal opinions. But it’s HuffPo that has issues — with reality.

“Is your company looking to maximize their output, while cutting back on costs?” Bell asks. “With PinkSourcing, women are a bargain in the workplace since you only have to pay them 77 cents on the dollar!”

Bell then launched into the many advantages of hiring women such as women never asking for raises, not complaining about working conditions, and bringing in baked goods.

The left knows the 77-cents on the dollar claim is a sham, even though it perpetuates the statistic with PSAs by comedians like Sarah Silverman, and this one with Bell. After all, even The Washington Post recognizes the gap is nowhere near that large.

When Obama used the “77 cents on the dollar” statistic in 2014, The Washington Post Fact Checker labeled it “misleading” and gave it two “Pinocchios.”

Even a liberal writer at Slate.com declared that the gender pay gap was a “lie” in August 2013. The 77-cent statistic doesn’t account for the fact that men and women often don’t choose the same fields of employment, get the same level of education, work the same number of hours each week, or have the same work experience.

When those factors are accounted for, the gap is roughly 91-cents on the dollar, according to two Harvard economists.

But throughout Obama’s presidency, the liberal media continued to hype the “misleading” gender pay gap figure, especially around the made-up “Equal Pay Day.” HuffPo’s Celebs Have Issues is just the latest installment.

The Huffington Post was just getting started. PinkSourcing was the first episode in a new series to “solve the world’s problems one comedy sketch at a time.” What problems? All liberal ones. According to HuffPo Originals, “equal pay, transgender rights, and mental health.”