The left’s dedication to “disclosure and campaign finance laws” is nothing more than an attempt to “silence those who question them,” according to a new book by Wall Street Journal columnist Kimberley Strassel. 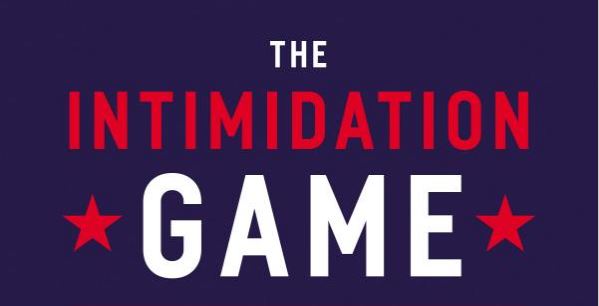 The Intimidation Game: How the Left is Silencing Free Speech catalogs how liberals have turned transparency into a weapon to bully conservatives out of politics, from attacking groups like The American Legislative Exchange Council (ALEC), to bullying donors through disclosure requirements.

In 2014, ALEC was falsely accused of being a “climate denier,” and as a result Google, eBay, Yahoo, and Facebook all left the organization, Strassel recounted. It was part of an ongoing campaign against the organization.

“ALEC does not have a position or a model policy on climate change. Never has. Probably never will,” but that didn’t matter to either the left or the public. “The press believed it, and sometimes that’s all that matters,” Strassel concluded.

ALEC has also been assaulted by a constant flow of false information that has forced ALEC staff to “spend hours of their day refuting accusations and exposing lies.”

The left also intimidates conservatives by identifying and harassing conservative donors in the name of transparency.

Strassel pointed to March 2011, when liberal groups strong-armed the Federal Communications Commission (FCC) into requiring groups to publicly divulge “any financial backers who contributed more than 10 percent of the budget for a TV or radio ad.”

The Sunlight Foundation (funded by more than $1.38 million from Soros) then compiled a searchable database of ad buyers from the FCC data. Liberal media groups, like ProPublica (which has received more than $262,000 from Soros), used the database to blast conservative donors for daring to run ads against democrat candidates, like Ohio Democrat Sen. Sherrod Brown.

According to Strassel, until recently The Huffington Post kept a website that “conveniently dumped Federal Election Commission data straight into Google Maps.” The data points were red or blue, based on party affiliation, and provided names, addresses, contribution amounts, and recipients.

Although the website no longer exists, the current requirement that all political donations above $200 be disclosed “is driving average Americans out of the political arena,” Strassel found. “Forced disclosure of information from independent political actors” only opens them up to harassment and intimidation, while the public remained unenlightened about what politicians are actually up to.

The Clinton Foundation, for example, has bragged that it disclosed all its donors and spending, but the public knew virtually nothing until Hillary Clinton’s email scandal revealed that she funneled money “from governments across the world to her family charity” while Secretary of State. Even when that information was discovered, however, the networks refused to cover it.

Strassel’s book concluded by saying, “It’s time for the courts to recognize that we are once again in an environment in which average citizens are afraid to speak.” The only solution is for Americans to “demand those rights [to free speech], to exercise them, and in doing so, to strengthen them. Only then do the intimidators go away.”