The media’s glorification of Bruce Jenner’s sexual confusion would not be complete without an attack on conservative voices. Enter the Washington Post’s national political reporter Robert Costa and national political correspondent Philip Rucker, who do their best to portray conservatives as “apocalyptic” fear mongers losing touch with reality. 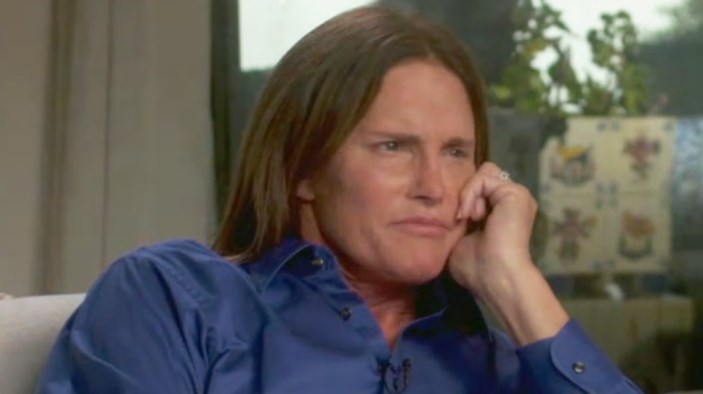 In the four days since Bruce Jenner came out as a woman named Caitlyn, many Americans have celebrated her transformation as a courageous and even heroic act.

But among the social conservatives who are a powerful force within the Republican Party, there is a far darker view. To them, the widespread acceptance of Jenner’s evolution from an Olympic gold medalist whose masculinity was enshrined on a Wheaties box to a shapely woman posing suggestively on the cover of Vanity Fair was a reminder that they are losing the culture wars.

Across social media, blogs and talk radio this week, conservatives painted an apocalyptic view of America. They said they felt frustrated and increasingly isolated by the country’s sudden recognition and even embrace of transgender people. They see it as immoral and foreign. They drew comparisons to two grimly futuristic novels, George Orwell’s 1984 and Aldous Huxley’s Brave New World.

Considering the LGBT community comprises less than 2% of the population, it would be interesting to see where they got the idea that “many Americans” said Jenner’s impending body mutilation was “courageous” or “heroic.” Perhaps a more cautious (and more accurate) term would be “some Americans.” Jenner certainly isn't the only front of the "culture wars," but the Post would rather forget the public momentum for more abortion limits, for example.

This idea that social conservatives are repulsed by the “embracing” of “transgender people” is indicative of Costa and Rucker’s liberal bias: if conservatives do not “embrace” deviant behavior then they are hate mongers. The concept of hating the sin and loving the sinner is apparently foreign to the Post’s writers.

Throwing objectivity to the wind, Costa and Rucker contrasted the Democratic and Republican reaction to Jenner’s “transformation” in a partisan manner: “Obama, Hillary Rodham Clinton and other Democrats uniformly praised Jenner’s bravery — no top-tier Republican candidate had anything to say about her this week.”

Typical connotations of the word “bravery” might include a soldier fighting for the nation, a police officer putting himself in harm’s way, or a fireman saving a child from a burning building. Elevating sexual confusion to such as status is questionable at best and disrespectful at worst.

The authors then bashed the results of Mike Huckabee's and Rick Santorum’s commentary on the subject as “awkward,” before using them as object lessons of the Republican Party’s perenially perilous state:

The response to the comments by Huckabee and Santorum — one supportive, one an attempt at humor — show how perilous such sensitive issues can be for Republicans….The Jenner episode is the latest national touchstone that has proved treacherous for the GOP, a party especially wary of being seen as intolerant or insensitive going into a big, national election. This spring, religious liberties laws pushed by Republican governors in Indiana and Arkansas sparked impassioned discussions over the treatment of gays.

Naturally, no attention is given to the fact that by backing the radical LGBT movement’s attacks on people of faith, the Democrats have made themselves enemies of religious freedom.

At least Rucker and Costa focused at the end on real heroes:

The cultural dichotomy between the GOP’s conservative base and the rest of the country was underscored Thursday when former Texas governor Rick Perry launched his presidential campaign near Dallas. Numerous people on Twitter, including several journalists, wondered who the burly men to his right and left were. To conservatives, the men needed no introductions — and, in that moment, came to symbolize the rift between them and what they view as coastal elitism. The burly men in question were Marcus Luttrell, the former Navy SEAL immortalized in the best-selling book and blockbuster film Lone Survivor, and his twin, Morgan, also a SEAL who served in Afghanistan.

The message from the Post appears to be thus: if you think it is disturbing that the nation can no longer appreciate the biological differences between men and women, and you celebrate Navy SEALs as your heroes, rather than a man who was consumed by a sexual crisis, then you must be in a tiny minority with an "apocalyptic" viewpoint.