Network coverage of the Supreme Court’s decision not to hear appeals regarding gay marriage turned into a propaganda-laden effort that more closely resembled a ballpark Kiss-Cam. 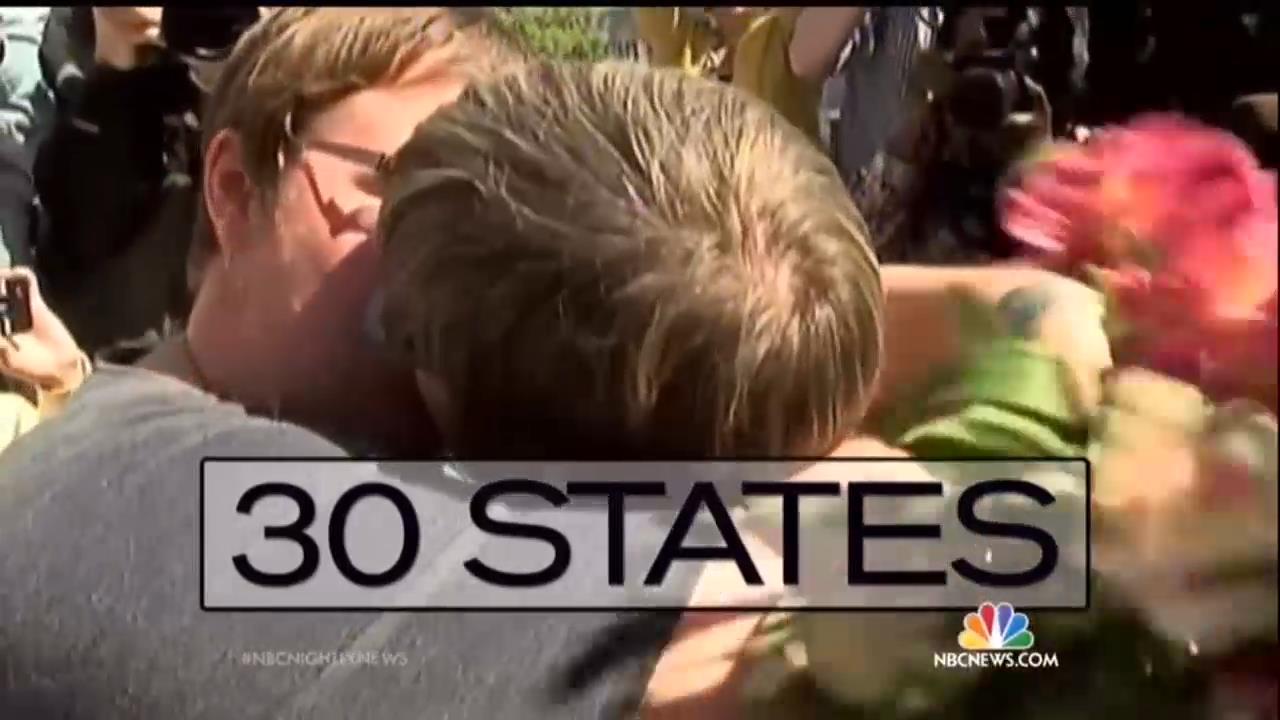 ABC, CBS and NBC filled their Oct. 6 evening news broadcasts with celebrating gays and lesbians – including at least 20 separate wedding photos and eight separate homosexual kissing scenes. Throw in NBC’s failure to disclose its close connection to one of the talking heads and it was a typical night for network coverage.

ABC’s Chief White House correspondent Jonathan Karl said it well when he explained, “You could see the story in the pictures.” Certainly, that was the story the networks wanted to tell – almost entirely pro-gay marriage. Only “Nightly News” had a live interview with a conservative objecting to the court’s decision. NBC filled out the report with four supporters of gay marriage, including Tom Goldstein.

Goldstein was described only as a “Supreme Court Expert,” who was surprised the court had not ruled on gay marriage. What NBC didn’t tell viewers was that Goldstein is a left-wing lawyer who “served as second chair in Vice President Al Gore’s 2000 suit challenging Florida ballot counts.”

Goldstein runs the popular ScotusBlog. NBC is already working on a TV show about his practice. “Pictures Television bought the rights to his life story and sold it to NBC. Goldstein describes the show, which has writers working on the pilot, as a legal drama/comedy,” according to the American Bar Association Journal.

Over at ABC, “World News” anchor David Muir called the ruling, “the historic day at the Supreme Court.” He added that it meant, “more than half of America approving marriage for everyone.”

That last bit was a standard liberal talking point that isn’t true – yet.